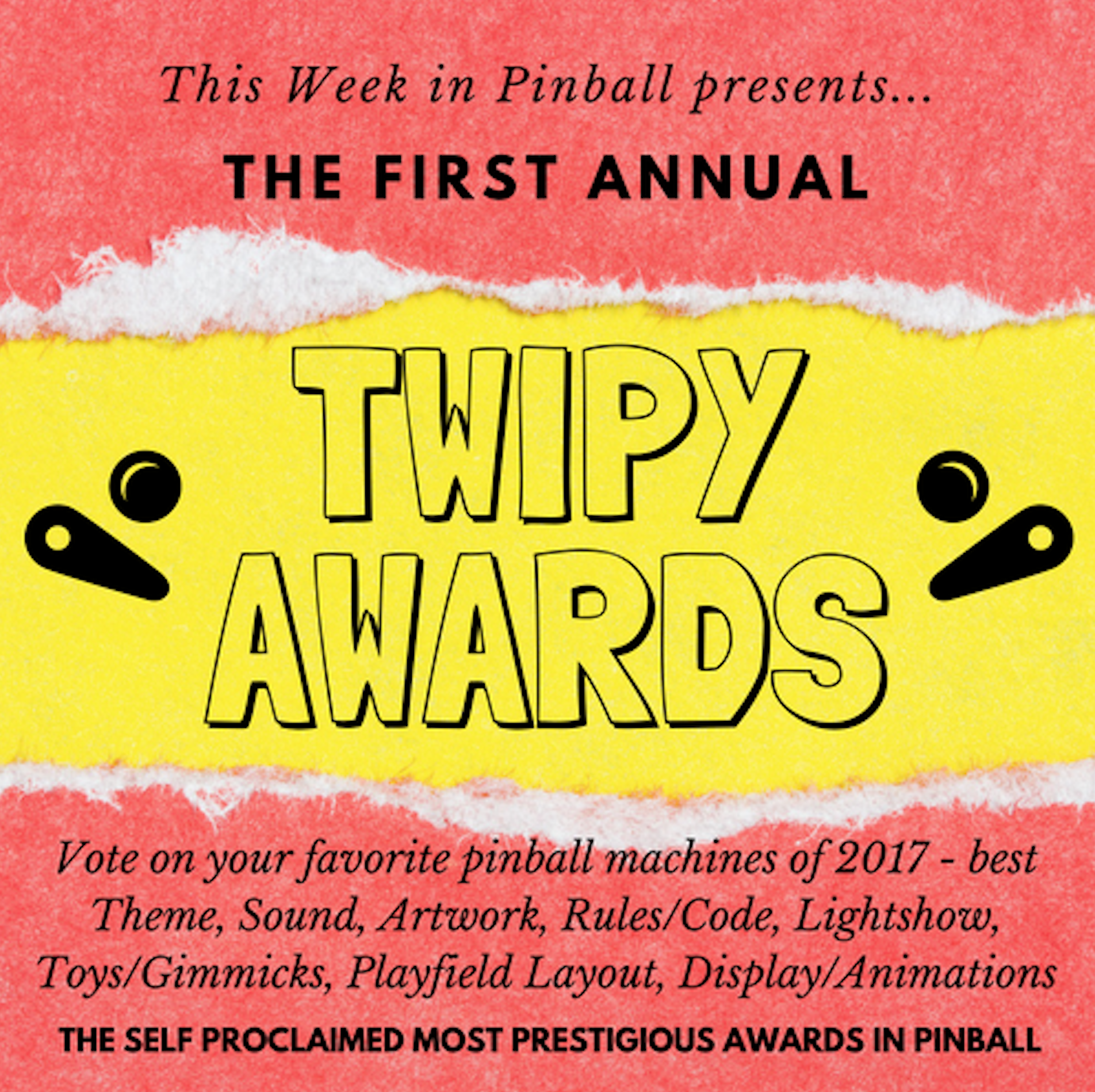 (should take less than two minutes and you can skip questions)

And the categories are…

GAME OF THE YEAR

Year end pinball awards!  (This Week In Pinball Yearly awards – special thanks to to Steve Bowden of funwithbonus.com for coming up with the name!)

Why is there a new vote?

(For those unaware, we started a poll on Monday but cancelled it during the day Monday.)  A couple reasons – first, Survey Monkey was going to be too expensive.  Second, we needed to change which machines were included in the vote.

Does my earlier vote on Survey Monkey count?

No!  This is a fresh restart.

When does the voting end?

Votes will go through the end of December, results will be revealed in January.

What criteria was used in choosing the eligible games?

Games that are shipping for the first time in 2017 (excluding remakes).  It isn’t possible to please everyone with these selections, but TWIP got a lot of input from the pinball community to determine which machines should be included.

What do the winners get?

Is there going to be a TWIPY Awards Show?

We’re working on it!

Why is it called the “First Annual” instead of the “Inaugural”?

Um…Ok, you’re OUT of questions!

(But seriously if you have any questions, email us at thisweekinpinball@gmail.com)